Modern Progressives - A Pain In The Neck

I wish I could link the original author's profile because he's awesome and he genuinely deserves the credit for this post but since he expressed he wanted to remain anonymous I will respect that wish. 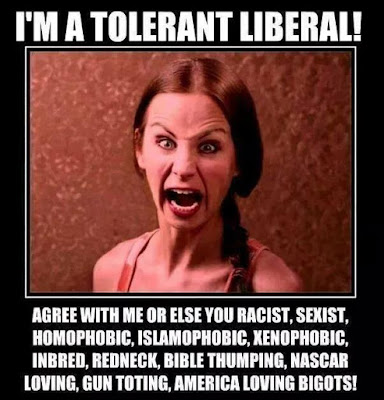 Newest update on my efforts at deciphering the "progressive stack", aka the oppression Olympics:

Gender - close behind race. If you're a woman, you are automatically oppressed and are awarded many oppression points. Conversely, if you are a man, you accrue privilege points on account of being a horrible oppressor and many of whatever oppression points you might have accumulated elsewhere are forfeit. If you're trans, you usually get the maximum oppression points in this category, though if you're some sort of wacky tumblr fluidgender nonsense, most people still won't take you very seriously, even in progressive circles. Give it a few years.

Sexual orientation - it seems to be slowly falling down the stack. If you're gay, you get some oppression points, but it's a small amount and if you're a gay man, you barely get any at all these days. If you're heterosexual, you obviously accrue some privilege points here, but the impact on your overall oppressed/privileged status is relatively low. If you're bisexual, you might get a few oppression points out of it, but mostly no one really cares.
Religion - with one exception, it seems to be a mostly irrelevant category. If you're a christian, you usually accrue some privilege points, if you're anything else, it doesn't affect your oppression status in any significant way. Of course if you're a muslim... well, we'll get to that later.

Socio-economic class - for an ideology with roots in socialism and marxism, modern leftists seem to put surprisingly little emphasis on class. If you're middle class, you accrue some easily erasable privilege points, if you're working class, no one really cares about you and you're probably a racist, if you're below poverty lines, you get some small amount of oppression points, but nothing much compared to the bigger identitarian issues mentioned above. Nothing is stopping you for example from being an upper class trust fund kid, yet claiming huge stacks of oppression points on your various "identities".

Weight - this rather depends on what circles you are frequenting. On tumblr, if you are thin or at least within the weight limits generally to be considered to be healthy, you accrue considerable amounts of privilege points, whereas being overweight, anywhere on the scale from moderately so to morbidly obese, grants you oppression points, in amounts more or less proportional to your weight. Outside of tumblr, the validity of this currency varies, but if you are fat AND a woman, you can get some mileage out of it in most progressive spaces, because as we all know, beauty standards are oppressive and fat people are helpless when it comes to being and remaining fat.

Disability - this is a relatively marginal category, even though there exists a neologism aimed at people who supposedly slight or discriminate against disabled people. This is presumably because genuinely disabled people are not so numerous and mostly just want to be left alone. In principle you do get oppression points for being disabled and accrue privilege points for being able-bodied, but in reality, this means relatively little, since most people are more or less able-bodied, whereas disabled people tend to have greater problems to deal with than playing oppression Olympics.

These are the regular categories. Then there are some WILDCARDS:

Islam - if you're a muslim, you are in most cases entitled to jump straight to the top of the stack. In fact, being a muslim seems to trump almost any other identity in the oppression olympics. There is very little in the way of bigotry or regressive attitudes, actions and beliefs that progressives are NOT willing to gloss over, when you are a muslim.

Being conservative - if you're any sort of conservative or even just slightly right-wing person who is NOT a muslim, then your oppression points can be cancelled at any point with no refund and that includes oppression points from belonging into such highly protected groups like blacks or women.
Being a "traitor" to any of the special needs "oppressed" groups - similarly to being a conservative, if you don't agree with what progressives think you should think as a member of "oppressed" group XYZ, your oppression points are forfeit. And unlike conservatism, this includes muslims too. You're a woman who doesn't like latter day feminism? Tough luck. You're black and you're not into BLM-style race-baiting and progressive identity politics in general? Well, fuck you. You're a muslim who acknowledges problems with islamic doctrines and wish to reform them? DOUBLE fuck you, you filthy native informant uncle Tom.

Being a virtuous progressive activist - if you sufficiently signal your virtue and repent your privilege loudly enough, both primarily through twitter or tumblr, you can reach the exalted condition of being a progressive activist, and in that blessed state, your privilege points are forgiven, you are granted honorary "oppressed" status and you are entitled to lecture other, less enlightened people on privilege and oppression from your macbook, while sipping a starbucks latte. But there is a catch. If at any moment you fail rigorous purity testing and re-testing that goes on ceaselessly in such high and ideologically pristine circles, your fellow progressives will be more than happy to immediately throw you under the bus. Especially if you're a man.
Posted by Luna Emperatrice 1 comment:

Luna Emperatrice
I am but a mere spec in this vast expanse we call the Universe. But be careful in dealing with me, for even as a mere spec I can HURT your eyes!

Reflections On Turning A Year Older 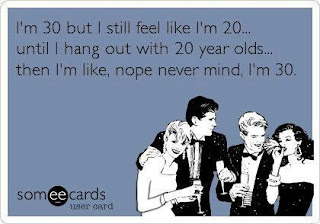 It’s been a week since I turned a year older and a new decade for me has begun. There certainly isn’t avoiding it and finally, I have arrived at that junction where we drop off the baggage of young and carefree 20s and step on the platform for serious, reflective, and pensive 30s. There were no big celebrations that heralded my “arrival” but I had hours to reflect about things and examine where my life has brought me. Every year it seems birthdays have become more like a time for reflections and not of parties and as much as I try to be “saddened” by being older the truth is I don’t really feel that bad.

This year has certainly been challenging to say the least. Dealing with body changes is one of them. I have to finally face the truth that this corporeal form will no longer have the recuperating powers of my old self. Any type of liquor now wreaks havoc on my insides and my gut just wants to purge anything I imbibe with alcohol in it the moment it touches my lips.

Being patient seems harder now. Back then I could deal with more bull crap and just smile through it all. Now I feel like I either explode if I don’t remove myself from the irritants or I just don’t have what it takes to put up with it all so I just leave, go away, depart. The latter is the alternative I choose to embrace and do.

Thus leading me to realize that some battles and fights are just not worth it. Having been a strong believer of always standing up and fighting for what you believe in and sticking up for your rights at 30 I finally feel that there are arguments that are not worth the time you invest in it. And even if you have a compelling reason to spar with a person “winning” will not bring you anything and will only cost you so much in terms of time wasted.

Time. I’ve learned to value that in a whole new different light. I’ve often joked that I’ll be lucky if I live through 40 because it seems then that I just rush through my life without stopping to really appreciate the things that is happening around me.

Sleep has certainly become an indulgence that I happily give into without feeling the guilt of it.
Its one luxury that I can enjoy without worrying that I’m burning a hole through my wallet. And that certainly is the beauty of it.

And yes I do realize nobody else gives a fuck that I am in my age now. And that does not bother me a bit. As I said before, this is a moment of reflection after all and I would like to thank everyone who greeted, called, texted, and got in touch with me on my birthday.

Sincerely, I thank you for remembering and for taking the time to make your greetings known.

Cheers all and have a good day/night! 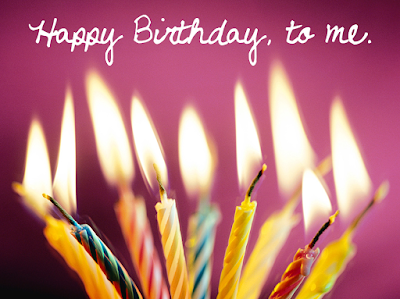 Posted by Luna Emperatrice No comments:

Luna Emperatrice
I am but a mere spec in this vast expanse we call the Universe. But be careful in dealing with me, for even as a mere spec I can HURT your eyes! 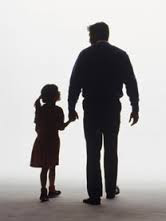 For all those times I left it unsaid...

You were always patient with me even during my rebellious teenage years.
You always said all you wanted was to see me "happy" and not once did you ever doubt me and my capabilities.

There were never any "Good-byes" between us. You never said you'd leave. Now, all I do is carry your memories within me. Your memories that keep me going as I tread through life.

You'd always live in my heart. There's a special place you hold dearly.

Papa there isn't a day that goes by without me not missing you.

I will always celebrate "Father's Day" because I was lucky to have had you.
Posted by Luna Emperatrice No comments:

Luna Emperatrice
I am but a mere spec in this vast expanse we call the Universe. But be careful in dealing with me, for even as a mere spec I can HURT your eyes!
Older Posts Home
Subscribe to: Posts (Atom)

All Gods Are Imaginary